A Review by New Pop Lit 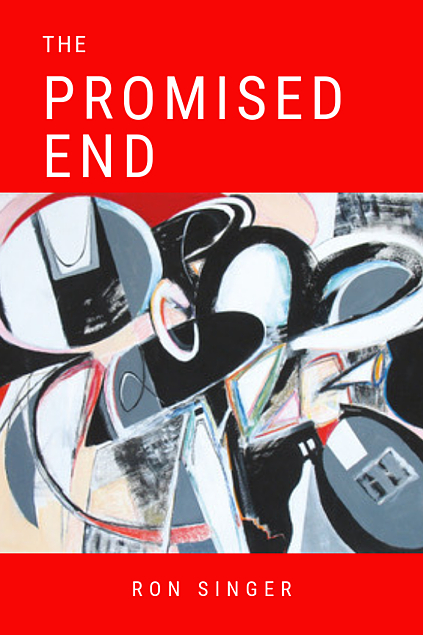 I had trailed him for two blocks now, long enough to decide that theft was the better option. Why? He looked like a guy who wanted his old, good jacket more than money he didn’t need.

There are two kinds of short stories.

One is the kind of story written to impress a creative writing instructor, full of wordy flourishes of what I call sentence fetish, with the story itself a secondary consideration. As often as not there is no story, only the flourishes.

The other kind is a story– a tale to be told– related in the simplest but most interesting way possible. These stories are written not for professors or critics but for readers.

THE PROMISED END by Ron Singer is the second kind. A collection of twenty tales, perfect for picking up at the end of a stressful day (there’ve been many stressful days), after dinner, after you’ve fed the cat and want to relax. When you’re ready to escape into intelligent stimulation. To lose yourself in the comfortable pleasures of well-constructed narrative.

A few of the locations in the collection are exotic. All of the stories carry the personality of the narrator, a genial New Yorker. Like a good television series, not every one of the entries is classic– but several are, with the others never less than absorbing.

Two of the stories are masterful.

“A Nose for a Jacket” is about a man considering stealing a rare jacket. Is he out-thinking himself? Tension mounts as he considers precisely how to make the grab, the challenges and possible consequences. It’s an examination into the mind of every one of us. By the end the character– and ourselves– are wiser. What happens next? This is always the essence of fiction writing.

In addition to the two addresses, the box bore the frightening official stamp of the Milli Istihbarat Teskilati, or MIT, the Turkish National Intelligence Organization, which is the principal arm of the country’s elaborate security apparatus, sometimes referred to as “the deep state”. The box had been opened and re-taped shut. This stamped and re-sealed box spelled potential disaster.

“The Key” is the longest and best story in the volume– on the surface a simple story with a simple complication involving a couple returning from vacation in Turkey and realizing they didn’t return their hotel key. They soon discover that in another country– and in their own– nothing is ever simple.

Entertainment and wisdom? For the avid reader, The Promised End provides exactly that.

(The book also has a striking cover containing an artwork by Elizabeth Yamin.)