Regina knew perfectly well what Barb and everybody else thought of her. She was a Seybold. Her brothers and sisters, all way older, were gone from the house except Earl, the third oldest, who had been and come back from Afghanistan and was having a hard time getting interested in working. The Seybolds lived in the shabbiest double-wide in Dustin Point, Michigan. You could almost smell the cigarette smoke and dirty feet from the street.
****

ANYONE assessing America’s best short story writers needs to include Elizabeth Sims in their survey.

GO-GO DAY presents four stories– only four, but every one, in different ways, is terrific. They’re sustained by hidden wit and a large underpinning of humanity.

“Dixon Amiss”:  Two one-armed men show up at a man’s door one Saturday morning, ostensibly to look at an old-fashioned printing press, bringing with them much tension.

“The Cashmere Club”:  Two high school girls discuss shoplifting a cashmere sweater in order for one of them to join an exclusive school club.

The best story in the collection,  “The Cashmere Club” is also one of the best stories you’ll read this year, or any year. Like the other three tales, the narrative keeps the reader off balance at the same time it achieves– beyond the complications of plot– surprising understanding and depth. Ultimately, a sense of context about the dilemmas of time and life

“West Forkton Days”:  A young man with expansive dreams arrives back in his Indiana home town from Los Angeles for the funeral of his father.

Hale knew that hardly anybody who wanted to succeed in the film business actually did. Everybody he met in LA told him over and over how hard it was to make it, what a bastard of a market it was to crack. And yet everybody was trying like a maniac to be the one.

This story could be called wise but it’s also hilarious. Hale Hobson is all of us– a striver, a dreamer, but a little bit lazy and more than a bit hapless

“Go-Go Day”:  The title story is about an elderly home owner asked by her city to clean up the swimming pool in her yard, which hasn’t been touched in years. Memories and complications ensue. Catch the double meaning of the phrase “We’re Going Places!” evident at the end

These are four excellent stories which demonstrate that the short story can be readable and engaging, yet also contain wisdom and convey meaning about what it’s like to be a human being in this crazy world. Which is what literature is really about.
*******

Find out how to read Go-Go Day here. 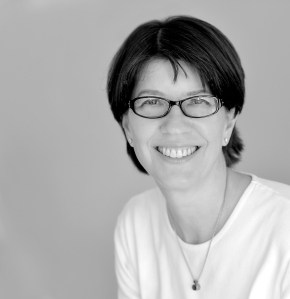